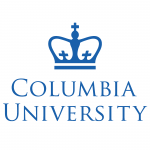 PIX18 is the third incarnation of thee generations of robot artists, starting with SEURAT (2008), Pixasso (2012) and PIX18 (2016-). SEURAT was conceived and designed by Hod Lipson and then-student Carlos Aguilar. When Carlos graduated, Hod sought to re-implement the project with more artistic AI autonomy. Unfortunately, it was not easy to find a student to continue the project - Engineering and CS students shied away from art, and Art students shied away from engineering. After a few years, Hod decided to implement the AI from scratch and build a second robot himself. The second robot, known as PIXASSO, was a 12-foot gantry, and painted large paintings in Hod's basement. When Hod moved to NYC, he scrapped the large robot and built the third system, known as PIX18, the robot whose work is presented here. For more information, and technical background see https://www.pix18.com/