This portrait is one of my larger ones at 30"x40". It was painted over the course of several days and was entirely automated, though there were some pre-painting human strokes. That is to say before it started painting, I traced black lines as a contour around much of the shapes in the painting, such as the guns. The robot then used these lines as a guide of sorts for generating its own strokes. It also returned to the strokes occasionally to execute them and emphasize the outlines. Because of this, it walks a fine line between automation and manual operation, on the side of automation, but some could argue it is also manual operation with a delay. Not sure where to put this type of painting, I included one here in the manual section and another similarly produced triple portrait of my children in the automated section. 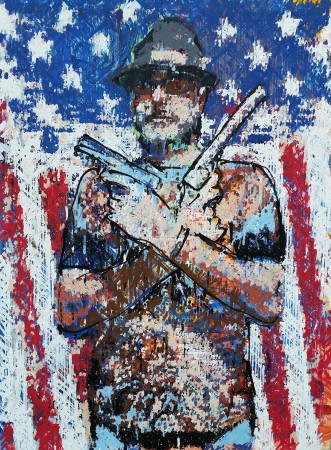 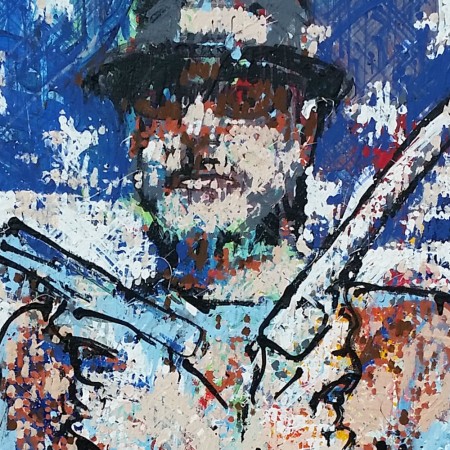