Portrait of wife and daughter made with wide variety of AI algorithms, human interaction, and machine learning. If you watch the time-lapse, you will see how the robot began with a photo and tried to paint away the differences between what it saw on the canvas and the photo. The canvas is on the left, its interpretation of the difference in values is in the middle, and the photo is on the right. As it calculates and removes differences between the canvas and photo, you will see the difference map become lighter. Also included are manual brush strokes made by me through a touchscreen interface. The robot used my strokes as a guide to create other strokes similar in length and color to the ones I made. Also has k-means clustering and a couple other path finding algorithms. 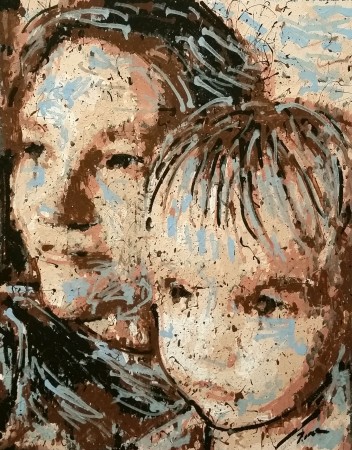 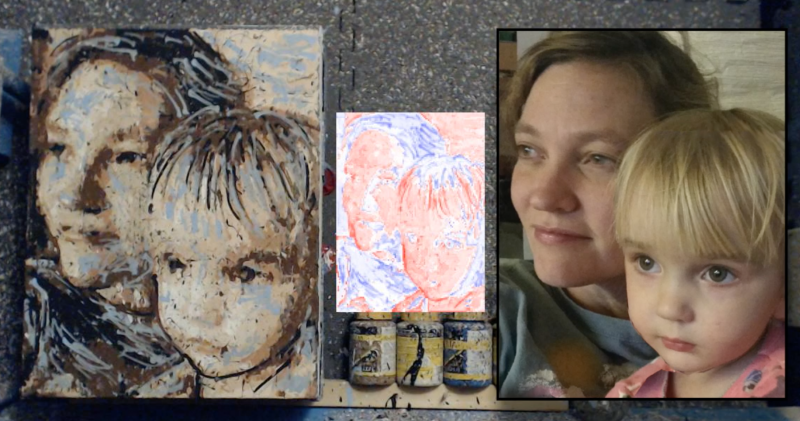 Side by Side Comparison with Painting, Heatmap used by Feedback Loop, and Source Photo.

Use of Feedback Loops and a Difference/Heatmap Explained

How the online interface works to allow people to manually control the robot.