To express a relaxed feeling detected in a person's brainwaves, Rob Boss painted a languid zen-like bluish circle with light feathery dots over a green background (based on Ståhl's model) with acrylics on a 55 x 40cm piece of washi paper. 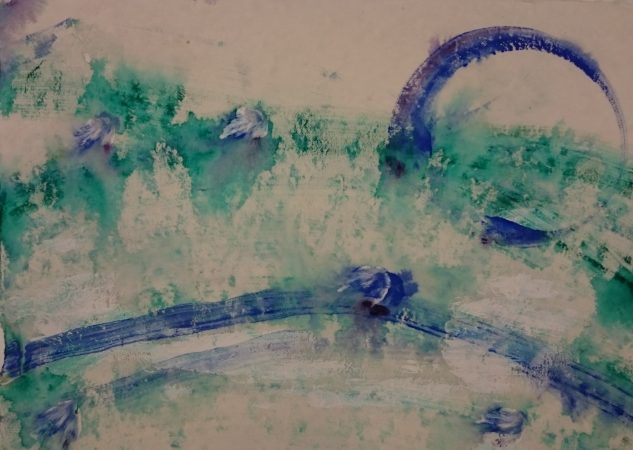 Video of painting in progress (Relaxed)