To express a miserable feeling detected in a person's brainwaves, Rob Boss painted long low-energy purple and black lines, with acrylics on a 50.5 x 76cm piece of bamboo paper. 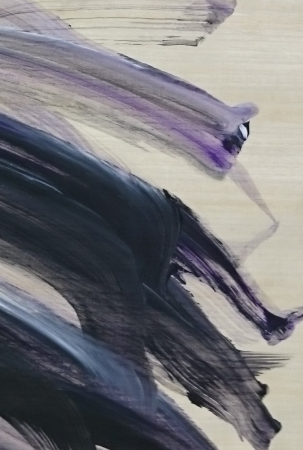 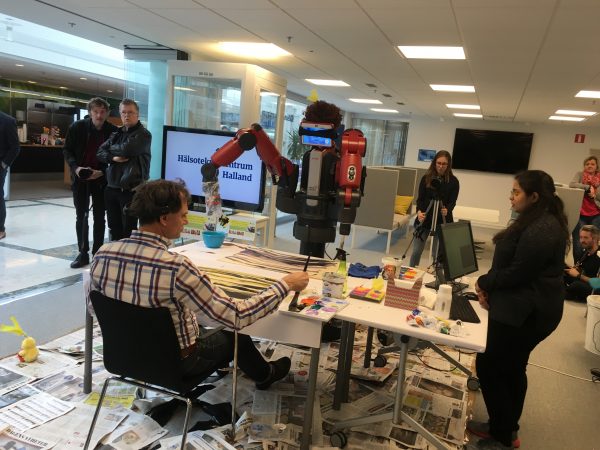 A photo of Rob Boss painting Misery at an event on April 12 demonstrating our system at Halmstad University, Sweden. 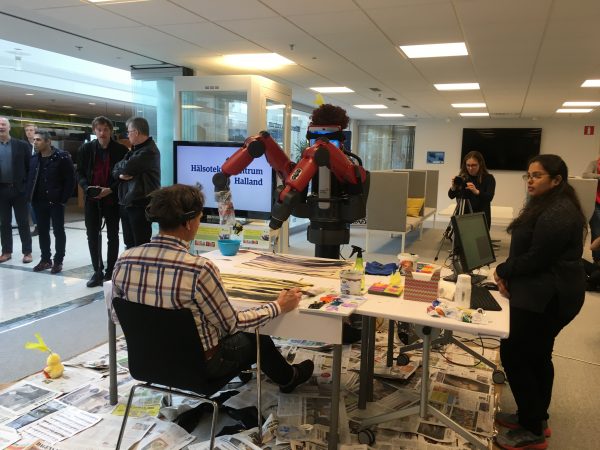 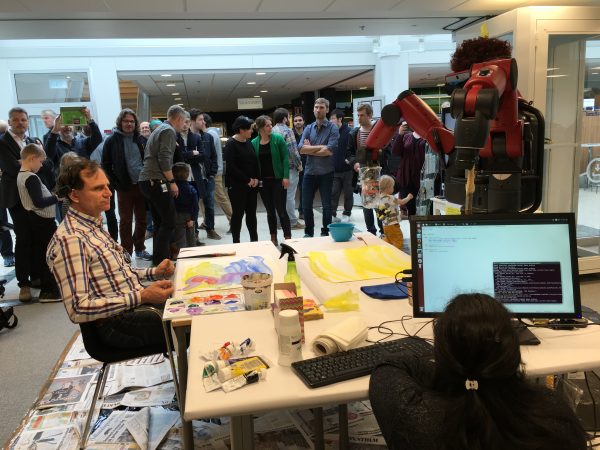 Another photo showing the robot art demonstration on April 12 at our university; before painting "Misery" the robot expressed a happy feeling it had detected.

A description of the robot art demonstration on April 12, when Rob Boss painted "Miserable"