To express an angry feeling detected in a person's brainwaves, Rob Boss painted dark spikes on an aroused red background, with acrylics on a 56 x 76cm piece of watercolor paper. 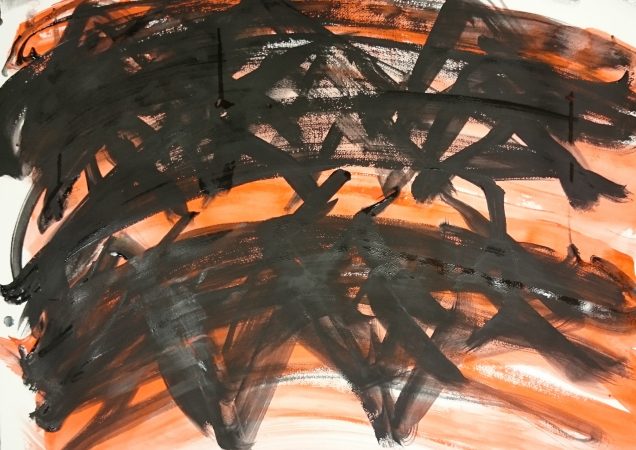 Video of painting in progress for "Angry"