To express a slightly glad feeling detected in a person's brainwaves, Rob Boss painted some green lines and dots on an orange background, with acrylics on a 56 x 76cm piece of watercolor paper. 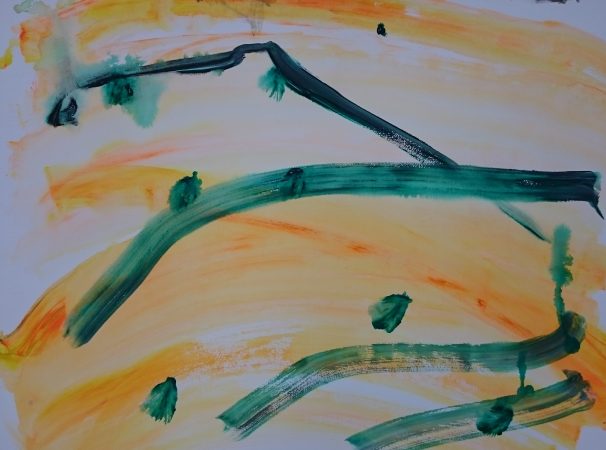