Our Tamaskan dog painting looks significantly different from our other entries. Whereas the others are more fluid in brush stroke, our Tamaskan dog looks very stippled and pointilistic in comparison. I would have you know that they all in fact use the same algorithms! We applied the same brushstroke estimation technique to all our paintings - our program take any image as general input. The Tamaskan dog is a trickier scenario for our skeletonisation algorithm because there are fewer distinct lines and strokes, and more wide painted areas - an overlapping in shades of colour too! What ended up happening was that our algorithm would pick up a grey-coloured area, bound by other darker or lighter areas, and assume that the jagged outlines formed by the other overlapping areas was the outline of a single stroke. The resultant skeleton would have a lot of branches to compensate for the irregular outline of the stroke area. The stippling effect comes from all the branches in the skeleton! We again used three different ink intensities, starting from the lightest so that we didn't have to wash or change brushes during the painting process, a technique that was birthed out of necessity (we are poor undergraduates with a cheap xy-plotter and no viable way to swap paintbrushes). 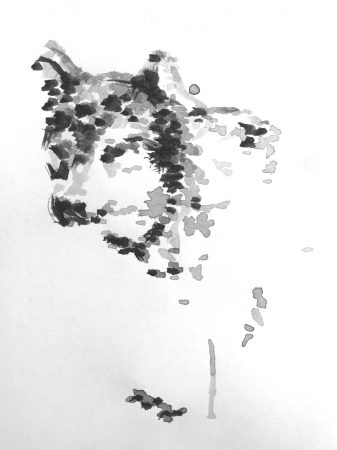 Doesn't bite, and is not a very solid dog, but she will love you unconditionally. 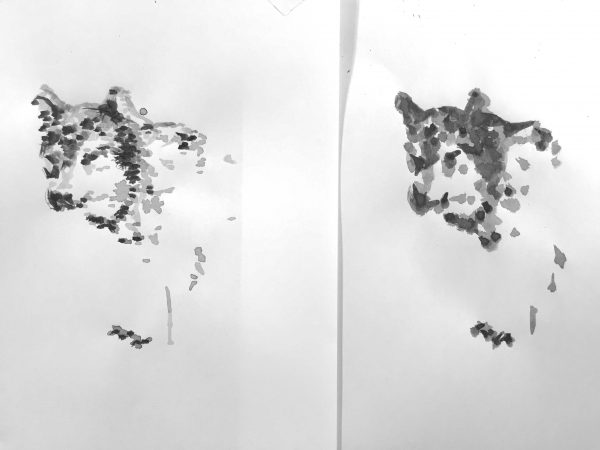