Colors in the Dark

Is this a painting of space? A dark cave? The depths of the imagination? Who knows? But where there is darkness, there is surely light, and where there is light, there is life. You just need to know where to look. The robot is composed entirely out of VEX robotics pieces. The Robot works like a 3-D printer (which was our inspiration): it has a X (moving right and left), Y (moving forward and backward), and Z (moving up and down) axis. The paintbrush itself is attached to a worm gear that goes up and down to apply pressure. The worm gear contraption is then entirely attached to a mechanism that moves horizontal across the X-axis. That mechanism is then, again, connected directly to a similar mechanism that travels vertically across the y-axis. This is done by using several gears, motors, and linear motion bars. The whole thing is hooked up to the mainframe and plugged into a battery. 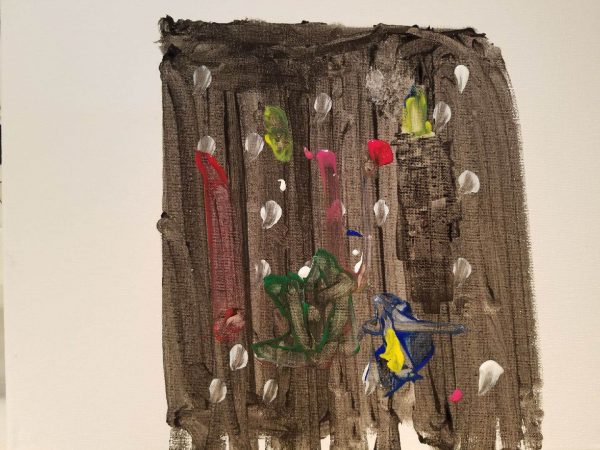 Colors in the Dark