Hunter Self Portrait – With help from AI, Friends, and Family

My son Hunter wanted to make a self portrait. So we set up cloudPainter together to paint his portrait using a combination of its AI and help from friends and family. Once Hunter was happy with the photo of himself. He uploaded it to cloudPainter, ran the K-Means Clustering color reduction software to reduce photo to 8 colors, then he started the robot off by making the first set of strokes. Over next 24 hours many of his friends and family joined in by painting with robot on live internet enabled site at cloudpainter.com. You can see the interface they had in image below where they could choose to trace brushstrokes on either the photo or a live image of the painting. At same time the robot's AI was following everyones lead and painting in the background using a potpourri of algorithms that attempt to learn from human strokes. You can see every stroke made by the robot in the time-lapse video. It is kind of obvious which were made by the robot, and which were made by friends and family. 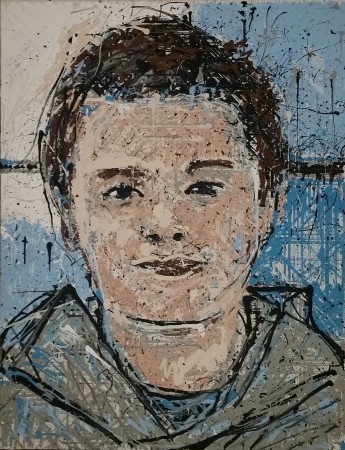 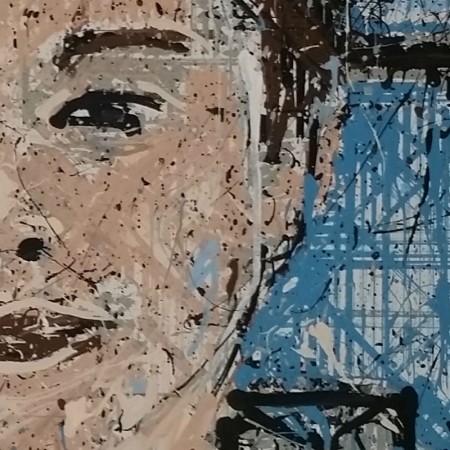 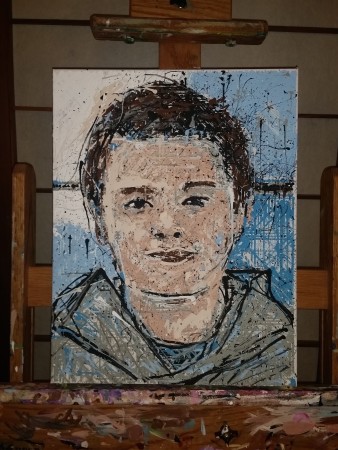 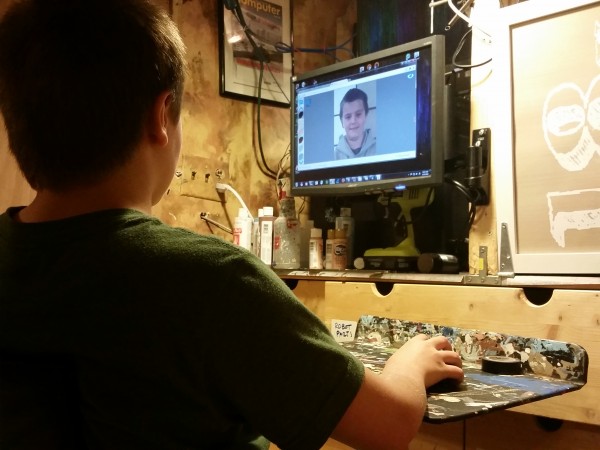 Hunter working on his self portrait. 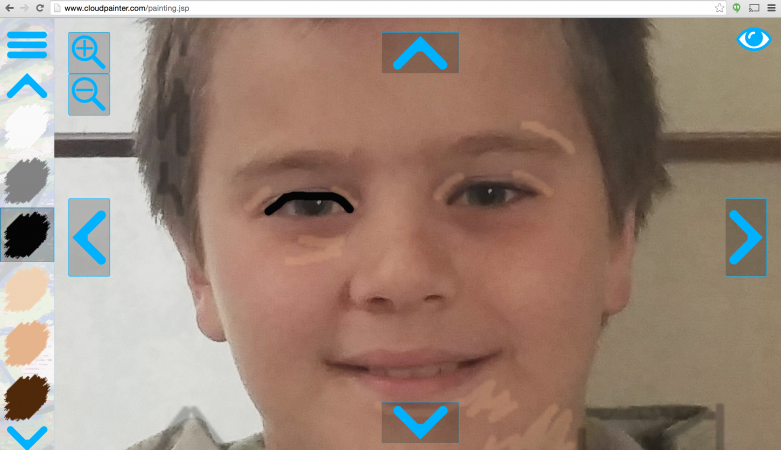 Online interface to control robot and trace over images. 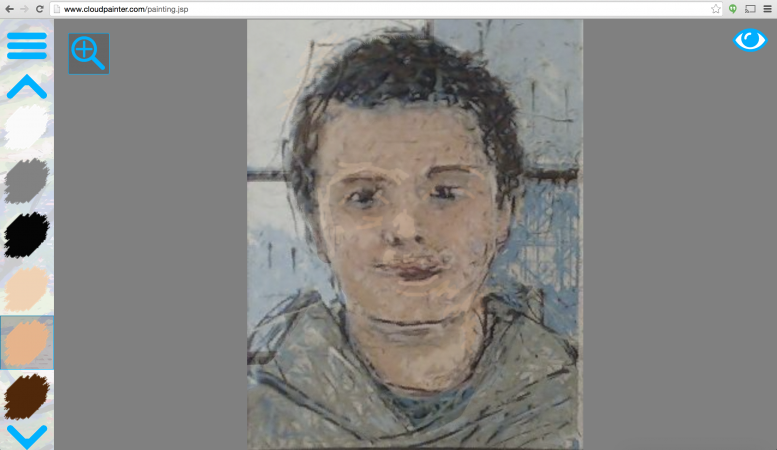 Interface that lets you paint over live painting.